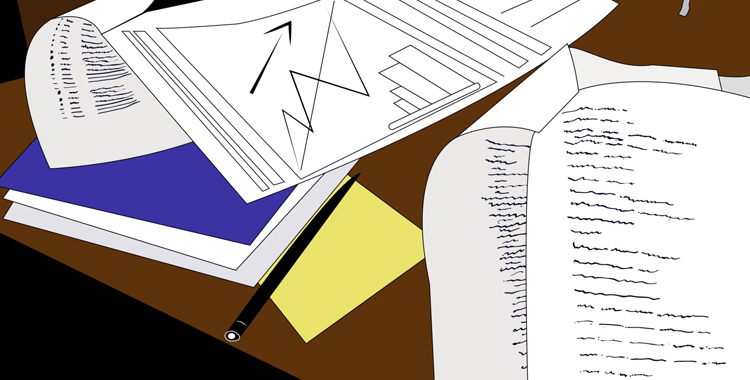 As one of the final stages of the partnership-building phase of a data-sharing project, you must pick which of your partner organizations will be the “Data Steward” agency. We’re not talking about who the decision-maker is, or who the public face is. We’re talking about who will roll up their sleeves and run the day-to-day, nuts-and-bolts of the managing a shared data system: confirming the integrity of the uploads, housing the data, ensuring data security, and processing all of the data draw-down requests. In the Quad Cities, we were very lucky to have an organization step forward and volunteer to serve as the Data Steward for our project: St. Ambrose University, a local institution of higher education. Below are some considerations you should take into account when choosing your Data Steward, including, as examples, the qualities St. Ambrose brought to the table that made them the perfect partner to serve this role for our project.

First and foremost, the Data Steward has to be someone everyone else trusts. At this point in the process, none of your partners should have serious concerns about the integrity and intentions of the other organizations at the table. Even so, when you’re ready to hand over the keys to the kingdom, don’t make the decision lightly.

Sometimes it’s not just a question of trust but also of appearances. In the Quad Cities, for example, we were pooling the data of eight different school districts. Although the districts all trusted one another, it seemed inappropriate for any one district to house the student-level data of the other seven. It was just less politically complicated to house it all somewhere else.

Similarly, the United Way I work for has been the driving force behind our data-sharing project, and has influence on which data are gathered, and why, and what uses those data are put to. Because of this, we felt it was better if this level of influence didn’t also give us actual, physical access to the data we were collecting. Giving the Data Stewardship to a different agency offered an extra level of checks and balances against data misuse. I have been overseeing this project for three years now, and have never once seen a single scrap of protected data—not even the name of any individual student whose data we’ve warehoused. It’s better that way.

St. Ambrose’s offer to steward our project resolved this problem in a very simple way: the university is a perfect neutral partner, because they do not contribute any of their own data to the Warehouse. Instead, they took on the project as part of their university’s mission to provide services on behalf of the broader community. And what a contribution it’s been!

WHO DOES THE WORK?

The second consideration is the size of the workload you’ll be asking the organization to take on. This is not just a question of staff time, but also material resources, including paperwork, red tape, bandwidth, electronic storage capacity, etc. Your Data Steward agency should put a price tag on all of this; negotiate all of that in advance.

Be mindful of the fact that data-management always ends up being much more work and time than anyone imagines. The one consistent truth about this type of project is that nothing is ever simple and straightforward, and it is extremely rare to get anything right the very first time you try it. These considerations should be part of your negotiated price for your Data Steward’s services—and be ready to renegotiate at the start of Year Two, after reality has set in.

I’d further recommend that you don’t start collecting data until your partnership has raised the funds necessary to cover the first year of costs for the Data Steward agency. This serves as both a sign of good faith and a commitment to long-term sustainability.

In the Quad Cities, St. Ambrose University assigned the data stewardship duties to two individuals who were professionally interested in taking part in the project: the Dean of University Academic Programs—who, among other things, oversees Institutional Research and Assessment for the university—and the graduate assistant who serves as her Research Analyst. This was a mutually-beneficial arrangement: they see their data stewardship as an extension of their other university work and professional development, and their experience and expertise took our data analyses to a new, higher level.

We negotiated a flat, annual fee to compensate the University for these services—which, to date, they have waived, all in the spirit of community collaboration. (As I said before, it was a lucky, lucky day when St. Ambrose stepped forward to take on this work.)

The third consideration in picking a Data Steward is a different sort of burden: that they will be taking on a greater share of the legal liability. If you’re the one housing the data, ultimately you’re the one responsible for making sure that data is never misused. In fact, there’s a certain advantage to being anyone but the Data Steward in a data-sharing project: if anything ever goes wrong, you can pass all the blame (and countersuits) on to the Steward. Therefore, this is not just about the partners all agreeing to trust the program Data Steward agency, but also the Data Steward agency trusting everyone else not to misuse the data.

In the Quad Cities, this question was all made more complicated by the fact that, as I stated above, the administration of the project remains with my United Way. This means that St. Ambrose has exposed itself to legal liability by taking part in something that is, to some extent, out of their control.

It’s in the face of these sorts of concerns that you’ll reap dividends on all the time and effort you spent building trust and lines of communication. If these are both strong enough, you should actually have several organizations at the table who everyone trust enough for them to serve in the Data Steward role.

But this trust can only take you so far. I’ve heard of data warehouses that ran on a smile and a handshake, but I wouldn’t recommend it. Instead, it’s a good idea to get it all down on paper: to spell out, in exhaustive detail, who exactly was responsible for what parts of the work, and what the partnership’s response will be if anything ever goes wrong.

This brings us to the topic of our next blog post: the data-sharing agreement.