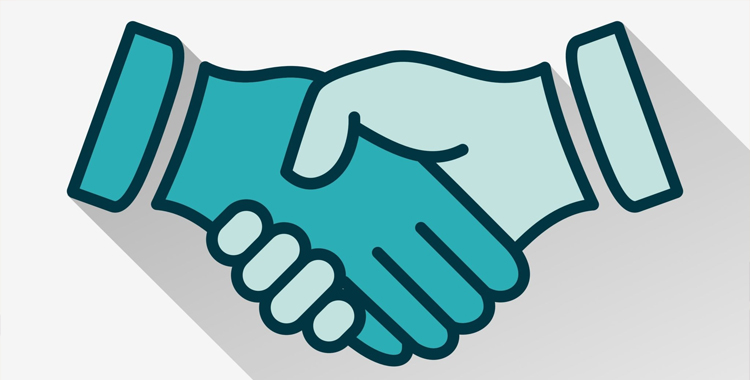 Warehousing data that has been gathered from multiple sources requires you to build a strong, individual working relationship with each organization that is holding data you want to collect. Whether you are trying to engage schools, community-based organizations, research institutions, government agencies, or all of the above, engaging partners is by far the most complex part of building any sort of data-sharing project – more intricate even than software customization (and that’s saying a lot).

Here are some pointers on how to bring new partner organizations into your project and some common pitfalls to avoid.

ONE: Remember to see things from your prospective partner’s point of view

It is easy to become so enthusiastic about your project and its potential that you start to lose sight of the fact that others won’t just automatically jump on the bandwagon with you. But there are other forces at work.

For example, you’re asking them to expose their organization to legal liability. Your partner’s first responsibility will be to his or her clients and to the policies of the organization. No matter how noble and impactful your proposed project will be, it will always come in second to these other concerns.

When you pitch your project to an Executive Director, you’re trying to create a new convert to your cause. But you’re also relying on this new convert to, in turn, convert the people he or she answers to. Never lose sight of the fact that, while you’re painting beautiful pictures of the paradise that will ensue once you have access to new levels of data analysis, the director will be thinking in the back of his or her mind: “How the heck am I going to convince the Board to go along with us on this one?”

Because your prospective partner might get bogged down in these other concerns, you must come into each and every new-partner-engagement meeting with something to make it worth their while – some list of benefits to the organization if they were to participate in your project. In the Quad Cities, we were warehousing data from eight different school districts. But each district already had its own data system; before we could get them to sign on, we had to come up with a list of things we would be able to do with our new system that the districts couldn’t do on their existing ones.

The good news is: they actually helped us compile that list.  Which brings us to:

“Collective impact” is an approach to collaboration that is growing in popularity in civic and non-profit circles. It is a framework for helping multiple organizations in multiple sectors to partner together to create large-scale social change that is beyond the scope of any one organization. Data warehousing is a powerful tool for supporting one of the key practices of collective impact – shared measurement.

It is tempting to come charging into the offices of the Executive Directors of established community organizations and lay out the entire project design wholesale. But to do so is to treat your prospective partners just as repositories of data – and this attitude alone might be enough to keep them out of the project. If you need their data, it can only be because you are trying to have an impact in their area of expertise. Use that expertise. Get their point of view, learn the nuances of the field, and ask for their advice on things you might have overlooked. Sometimes, just a different point of view is enough to take your project in a whole new (and often more ambitious and impactful) direction.

At the very start of the project, we approached several local funders to help us spread out the financial burden of our first-year initial software license fees. When the Warehouse was complete, we invited these funders to come to a demonstration of what their donations had made possible. On his way out of that meeting (I mean, seriously: before he even got all the way out to his car), one of these funders sent me an email asking if his foundation could use the data warehouse to track and compare the outcomes of several of the educational initiatives they were helping to fund.

At the time, the only purpose of our warehouse was to identify, segment, and track student risk factors. But our project partners, including the eight school superintendents whose data we were collecting, agreed that allowing third-party funders to use the data warehouse to track outcomes was an appropriate use of the tool. This took our project in whole new directions that we had never envisioned at the outset, increasing the size of our database tenfold and turning it from a private, internal project to a valuable community resource.

And our project grew from there. As I said above, our Quad Cities Data Warehouse was designed to pool student data from the local school districts. However, we recently found out that our local Area Education Agency was also collecting student data – in their case, on the students’ performance in college.

So I went and had a partner-engagement meeting with the project head at AEA. He was just as enthusiastic about linking his data set to ours as we were about linking our data set to his. We both left that meeting agreeing to work together – excited, in fact, by the prospect.

Two partners, dedicated to data collection and analysis, and each one eager to work with the other’s data. Seems like a slam dunk.

One month later, I called the project lead and asked him, “How’s the data linkage going?” And he replied,” I was about to ask you the same thing.”

There’s nothing we did wrong in that initial partnership meeting. If you played back a transcript of that conversation, I’m positive you would find no point where we discussed who was responsible for coordinating with the high schools. My point is not that you should try to avoid these sorts of miscommunication; they’re unavoidable. My point is just to never assume that everyone leaves that meeting with the exact same understanding of what you’ve just agreed to. That will require ongoing communication with each partner (and preferably not waiting a month for that communication to start).

Even though just getting your partners to the table is a long and detailed process, never forget that it isn’t the show itself; it’s just the casting call. Once you’ve brought on a good group of partners and everyone’s agreed to work together, the easy part is over and the true work begins.

More on this next month.